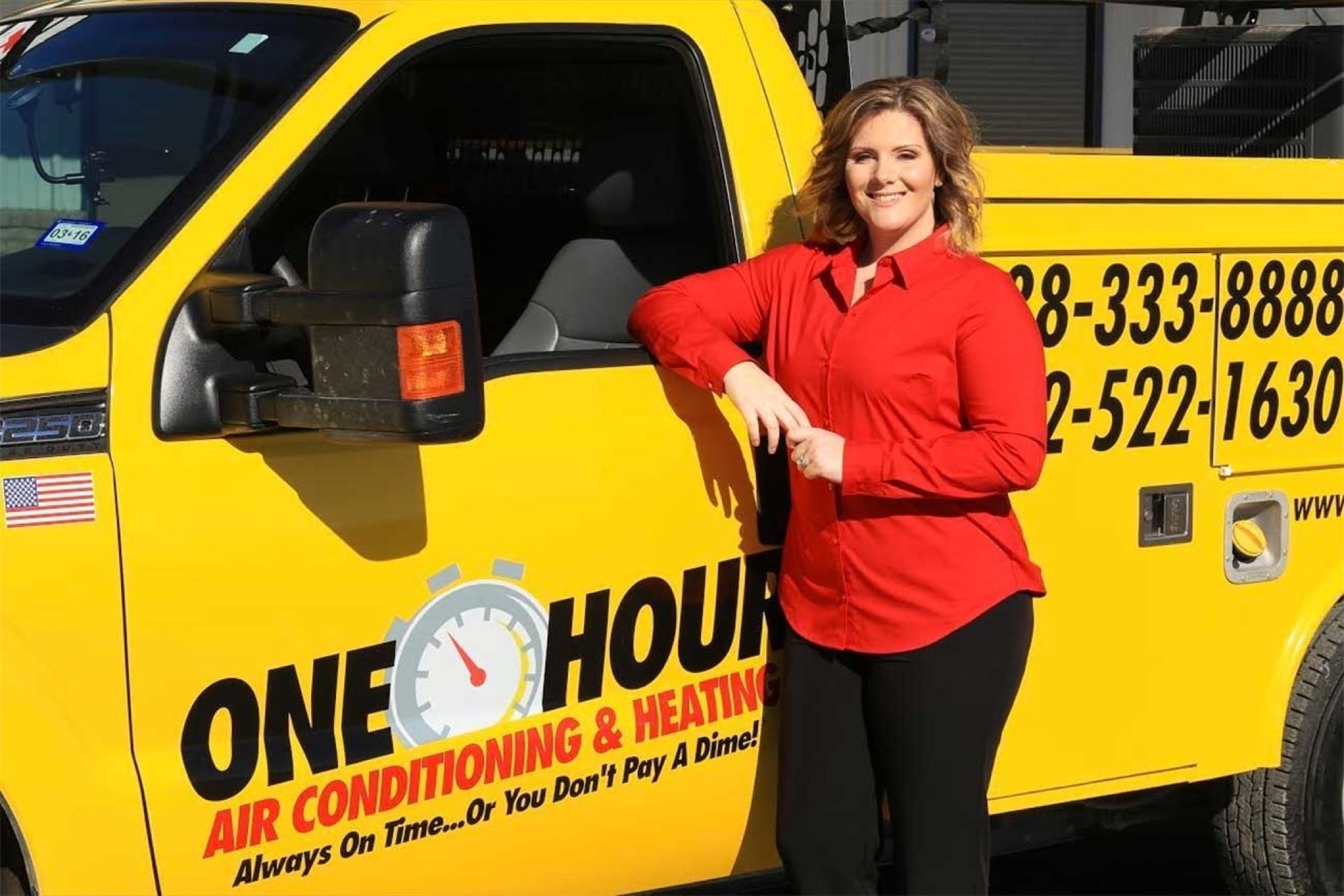 Franchise Players is Entrepreneur’s Q&A interview column that puts the spotlight on franchisees.

Growing up in Midland, Texas, Mandy Solis hardly dreamed about working one day with heating and air-conditioning systems and a compressor — much less working alongwide a crew of men. “I knew there was a thermostat and a system, and that was about it,” Solis says today.

But some time after starting as a part-time customer service representative at One Hour Air Conditioning & Heating, Solis realized she wanted a deeper role in the company. So, she worked her way up, learning about heating, ventilation and air-conditioning (HVAC) systems and eventually becoming general manager, before purchasing the company last summer. Now 31, and the mother of three, Solis owns and operates this franchise, which serves Midland, Odessa and the Permian Basis and has grown to a dozen employees.

“I was luck to have the former owner as my mentor,” Solis says. “He never treated me differently because I was young or a woman . . . I wish we had more women working in the field,” she adds. “A while ago, we had a young woman who wanted to be a technician intern for us; I’d like to see more of that!”

How long have you owned a franchise?

Related: This Husband-and-Wife Franchise Team Are Playing It Cool With a Successful HVAC Business

I chose to be a part of a franchise, because you get to have the best of both worlds in business. You own your company 100 percent, but you are not in it alone. You are a part of the franchise team for support, systems and ideas.

What were you doing before you became a franchise owner?

I started as a part-time customer service representative at One Hour Air Conditioning & Heating and worked my way up. Along the way I learned about the heating, ventilation and air conditioning (HVAC) industry and about running a successful business. I eventually became general manager, and just a few months ago, purchased the company from the former owner.

Why did you choose this particular franchise?

I chose to be a part of One Hour Air Conditioning & Heating, because I felt like it is the best franchise in our industry. The network and training they offer is second to none.

How much would you estimate you spent before you were officially open for business?

I was fortunate enough to purchase an existing franchise and renew the term. My initial cost was approximately $190,000. That covered my down payment for the purchase of the business, my fleet, franchise fees and office equipment. [According to the company, others converting their businesses to a franchise could expect to pay $74,105 to $243,100.]

I received most of my advice from my mentor, Tim Claire, who owned the company before I did. He had more than three decades of experience in the HVAC industry. There are few women in this industry, but he didn’t treat me differently because of my age or gender. I’ve also learned quite a bit from my fellow franchisees.

Related: These Days, This HVAC Franchisee Is Cooling His Heels as a Successful Business Owner

What were the most unexpected challenges of opening your franchise?

One of the most unexpected challenges of opening our franchise was getting our employees to accept and follow the proven systems initially. Everyone wants to do it their own way, but once they realized that the systems were designed for their success, everyone bought in.

What advice do you have for individuals who want to own their own franchise?

Do your research! Make sure that you speak to fellow franchise owners as well as people that choose not to be a part of a franchise. Find a franchisor that you feel is going to be committed to your success and growth.

Related: Do Your Homework Before You Open a Franchise Business — or, in This Case, Five

What’s next for you and your business?

We are gearing up for growth! We want to utilize the systems and training available to us to reach new levels of success. We currently have about a dozen people working at our location and hope to continue to grow and hire additional people for the team.